2019 has seen the appointment of a new UK Independent Anti-Slavery Commissioner and the publication of a major independent review of the Modern Slavery Act 2015. Nearly five years after the Act came into force, the Government recognises that the UK is still not doing enough to eradicate modern slavery.

On 23 October 2019, the bodies of 39 Vietnamese people were discovered in a refrigerated lorry in Grays, Essex. The horrifying tragedy has been reported globally and shocked the world. It is a stark reminder that modern slavery – a term which encapsulates human trafficking, forced labour and other forms of human exploitation – is a real global problem and requires domestic and international, public and private sector collaboration.

The UK Modern Slavery Act (the "MSA") came into force in 2015. At the time, it was the first Act of its kind globally to seek to comprehensively address both the definition and enforcement of modern slavery crimes, but also address the predicament of victims of the crimes. Another novel feature was the attempt to address the role that complex supply chains can play in masking the linkage of global business to modern slavery around the world. This involved placing an express obligation on commercial organisations doing business in the UK that have an annual turnover of more than £36 million to report annually on the steps, if any, taken to ensure that modern slavery is not taking place in their organisation and supply chains (or to state that no steps have been taken) (the "Reporting Requirement"). Inspired by a similar reporting requirement introduced in California in 2012 under the California Transparency in Supply Chains Act, the Reporting Requirement seeks to increase transparency of corporate efforts to address the scourge of modern slavery in their own businesses and throughout their supply chains.

Recent statistics indicate that the MSA and publicity around it has helped increase awareness of modern slavery, which has led to an increase in reporting. In June 2019, there were over 1,479 active law enforcement investigations into modern slavery crimes – compared with 188 in November 2016. Prosecutions and convictions are also increasing, albeit not at the same pace as the uplift in law enforcement activity. In 2017-2018 the number of prosecutions increased from 265 to 294, and convictions increased from 180 to 191. Despite this progress, more work needs to be done, since modern slavery is notoriously hidden. Moreover, victims are often traumatised and not in a position to report their exploitation or may simply not know that they are victims of criminal activity. This means the records of reported investigations, prosecutions and convictions inevitably underplay the extent of criminal activity.

Further, compliance with the Reporting Requirement has not yet been comprehensive or as meaningful as it should be. The recent independent review of the MSA (discussed below) found that while the MSA had "contributed to greater awareness of modern slavery in companies' supply chains, a number of companies are approaching their obligations as a mere tick-box exercise, and it is estimated around 40 per cent of eligible companies are not complying with the legislation at all".

This conclusion is consistent with other analyses. The MSA requires companies to produce a statement annually. One report has identified that only 54% of a sample of 150 eligible companies surveyed had produced a new modern slavery and human trafficking statement within the 18-month period between April 2017 and October 2018. Of those companies that produced a new statement, only 58% produced statements that contained "substantial changes" in their content and processes being implemented within the companies. Further, the quality of statements "remained the same with no appreciable change in quality" and the report concluded that "three years down the line, reporting appears to have plateaued and there is little sign of continuous improvement."

On 22 May 2019, the Final Report in an independent review of the Modern Slavery Act 2015 was laid before Parliament. The cross-party review, led by Frank Field MP (chair), Maria Miller MP and Baroness Butler-Sloss, considered the provisions of the MSA, as well as the role of the Independent Anti-Slavery Commissioner (the "IASC"), transparency in supply chains, Independent Child Trafficking Advocates and the legal application of the MSA.

Other key highlights in the Final Report which are relevant to businesses include:

The current government has not been persuaded to increase directors' duties or to require the annual report to include reference to the modern slavery statement. However, it has supported the introduction of mandatory content requirements by way of amendments to the MSA and already announced plans to create a central repository for modern slavery statements. The Government's full response to the Final Report can be read here.

The IASC's role is to encourage good practice in the prevention, detection, investigation and prosecution of slavery and human trafficking offenses, as well as in the identification of victims. The UK's first IASC, Kevin Hyland OBE resigned in 2018, citing government interference with his "independent" role. He was succeeded by Dame Sara Thornton DBE QPM, who took up the role of IASC on 1 May 2019. Dame Thornton published a Strategic Plan for 2019-2021 on 18 October 2019 which is available here. This outlines the IASC's objectives in fulfilling her role. Dame Thornton has said that her "priorities rightly focus on victim protection and bringing traffickers to justice. However, protecting victims and prosecuting traffickers is not enough. To stop this crime from happening in the first place, we need to do much more to tackle the systems and structures that allow modern slavery to thrive."

Accordingly, the Strategic Plan focuses mainly on the importance of improving the resources and support available to public authorities, such as the police, the National Crime Agency and the Crown Prosecution Service, to identify victims of modern slavery and prosecute and convict offenders.

However, the IASC has also emphasised the role of the private sector in fighting modern slavery, identifying low levels of compliance with the Reporting Requirement and the quality of modern slavery statements by companies as problematic. To address this, the IASC plans to promote good practice with businesses and pursue opportunities to raise the profile of the Reporting Requirement.

Government has focused on tackling modern slavery in procurement

The Government recently published guidance which sets out how the Government expects its departments to take action to ensure modern slavery risks are identified and managed in government supply chains. The "Modern Slavery Procurement Guidance" (published on 18 September 2019) has been hailed by the IASC as an opportunity for the government to "lead by example."

The Government's Modern Slavery Procurement Guidance identifies a number of tools for identifying and managing modern slavery supply chain risks. These include the Modern Slavery Assessment Tool development by the Government for its own procurement. Other tools applicable to all businesses include resources to assist with due diligence. In particular, these refer to the tools to aid the implementation of the UN Guiding Principles on Business and Human Rights. These are highlighted in the statutory guidance to the MSA as providing detailed guidance on good practice for due diligence on human rights issues (including in relation to modern slavery).

A focus on tackling modern slavery is likely to continue

The urgent need to tackle modern slavery has been recognised at a global level and there has been increased focus on this issue at the international level in recent years – including at the G7 and G20. The International Labour Organization's 2014 Forced Labour Protocol, which seeks to reinforce the international legal framework for combatting all forms of forced labour, has been ratified by 42 member states, including the UK. The commitment to take immediate and effective measures to eradicate forced labour, end modern slavery and human trafficking and secure the prohibition and elimination of the worst forms of child labour, including recruitment and use of child soldiers, and by 2025 end child labour in all its forms, is articulated in Goal 8 in the UN Sustainable Development Goals, which forms part of the global commitment to Agenda 2030 for Sustainable Development.

If the next UK government continues the current Government's commitment to abolishing modern slavery, it is likely that the Modern Slavery Act will be bolstered in the future. Measures are likely to include improving crime enforcement, assisting victims, and strengthening the reporting obligations on companies to try to make them more effective in shining a light on modern slavery abuses in global supply chains, as well as acting as an incentive to businesses to more effectively identify and address modern slavery risks in those supply chains.

Despite the advances that the MSA has brought about in terms of raising awareness and public pressure, abuses continue to go unnoticed and unaddressed. 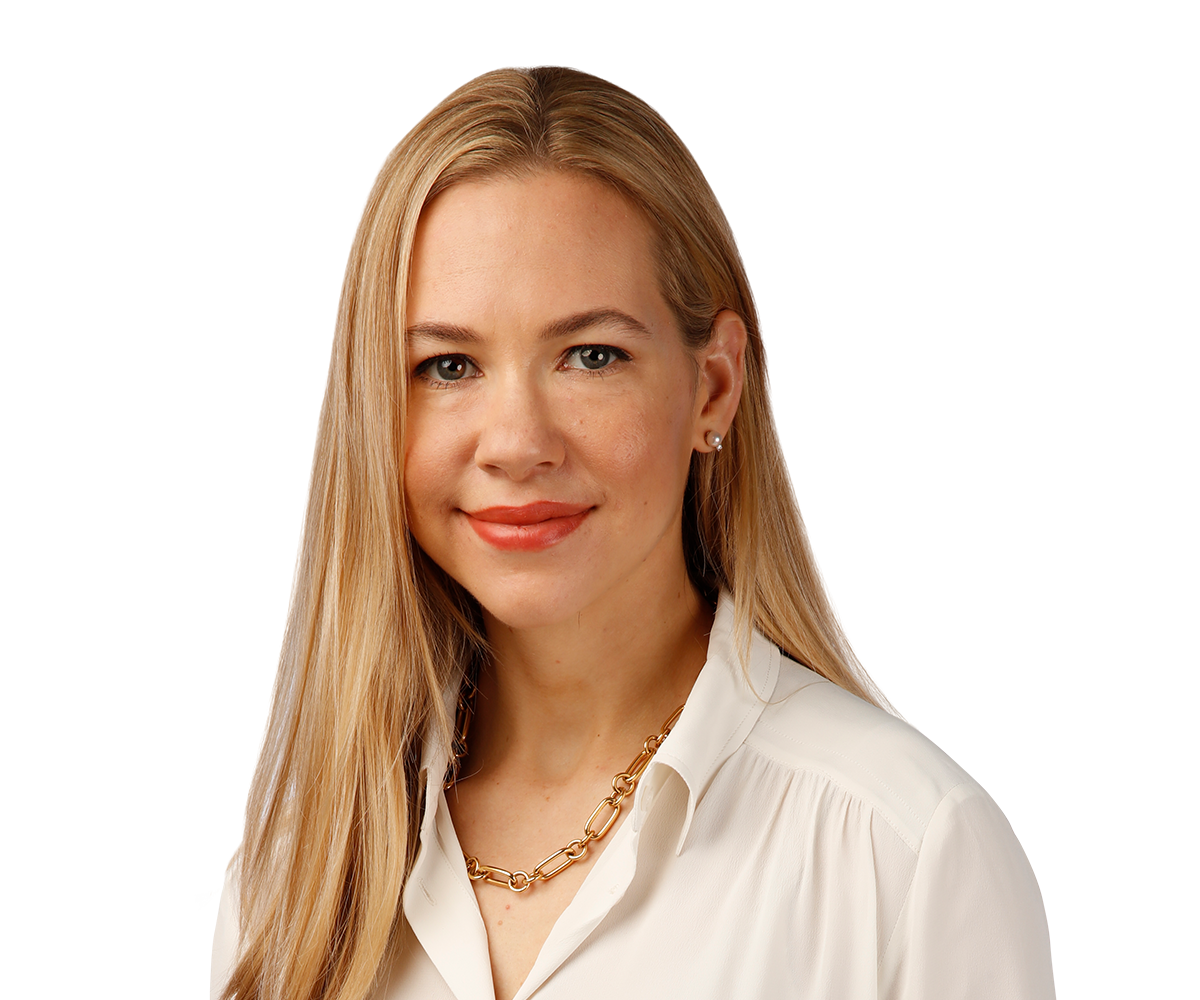